Jasmine Teale will do anything for the sick kids she works for, including handcuffing herself to the security desk at Hope Towers – headquarters of the newly-arrived aliens. When a Jendari warrior decides to handle her demonstration personally, Jasmine realizes she’s in way over her head.

Tallis Ba’reah has no interest in the humans whose planet his people now share, and he’s done with the endless anti-alien protests. Until he confronts a soft, sexy, protest-of-one and he becomes far more interested than he should be.

Interspecies relationships are forbidden, and Tallis does his best to avoid temptation. But when Jasmine is put at risk because of her ties to him, he’s forced to admit his heart is in charge – not his head.

Tallis may not be able to claim her for his own, but he’ll do whatever it takes keep her safe.

Tallis rarely ventured outside when he pulled security duty at Hope Tower. He hated the smell of car fumes and the taste of metal on his tongue, and he couldn’t bear the press of people. The oppressive city atmosphere made his feline half twitch. Too much noise, too much movement, too much everything. And nowhere near enough nature for his Jendari soul.
The lush gardens on the twentieth and fortieth floors of the tower, as well as the roof gardens, normally took care of the needs of both man and beast. But today he’d needed more than plants and trees. He longed for the warmth of the sun and the feel of the air on his skin. So he’d stepped outside, found a tiny pocket of solitude in the landscaped gardens and tried not to breathe too deeply.
He lingered longer than he should have, so he was in a hurry when he reentered the building. And that’s how he found himself in the foyer of Hope Tower during a public demonstration.
Every sense on alert, he pushed through the crowd. Scanning for threats he tried to prepare himself for anything. He’d monitored his fair share of protests and anti-alien sentiment during his time at the tower. But this was the first time any of those maniacs had managed to get inside.
As he drew closer to the action he realized it was a protest of one. A soft, feminine kind of one that was all fluff and no claws. She had volume, he’d give her that, but she was no threat. It wasn’t the ill-fitting business suite that gave her away, it was the waves of fear and anxiety that pulsed in waves from her body. She’d also handcuffed herself to the security desk, which lowered her threat potential even further. Motioning to security to stand down, Tallis kept walking until he was almost toe to toe with the woman.
Using all of his six foot plus frame, he loomed over her—and she kept on yelling despite the anxiety he saw in her blue-green eyes.
Well, that was pretty courageous, all things considered.
“Be silent.” He put enough growl in his voice that she quieted immediately. “If you speak to me calmly and quietly, I’ll do my best to help you.” Because the sooner he got rid of her, the sooner he could go back to his station.
The woman peered up at him and he watched as she swallowed hard. “Um, thank you?”
The fear in her eyes remained, so Tallis stepped back a little to give her some space.
“What do you want?” he asked, pitching his voice for quiet command.
“I, um, well…”
Tallis narrowed his gaze at her lack of verbal skills. She didn’t look mentally deficient, and she’d certainly sounded lucid when she’d been shouting her demands. He moved a little closer, hoping to hurry things along. “You have three seconds or I’m walking away and leaving you to the NYPD.”
She took an instinctive step back and the handcuff jerked her to a halt. “Wait, don’t go.” She looked up and hit him with pleading eyes. “I want to talk. In fact, you’re who I’ve come to see.”
Tallis shook his head. “I don’t know you.”
The woman took a bracing breath, squared her shoulders, then held out her left hand. The one that was cuff free. “Jasmine Teale. How do you do?”
“Tallis Ba’reha.” Confused as hell but having no option but to play along, Tallis reached out. His hand almost swallowed hers whole, and when he felt how badly she was trembling he gentled his grip. Her hand felt tiny in his, and her skin slid soft and smooth against his palm as he released her. “What will it take for you to go away quietly, Jasmine Teale?”
“Ten minutes of your time.” She was looking a little wild-eyed, but at least she was stringing entire sentences together now.
“Done.” Moving closer to the counter, Tallis used his body to block the array of smart phones the crowed had pointed in their direction. “I’ll give you ten minutes, and you’ll give me utterly silent obedience from now until we get into my office. Agreed?”
“Yes.” She rummaged in her pocket and produced a small key. “Just give me—”
“Jasmine Teale.” He waited until her blue-green eyes flicked back up to meet his stare. “The obedience is silent.”
Nodding she went back to work, jabbing at the lock with the tiny key until the metal cuffs clicked open. Leaving the offending item hanging like a forgotten sock, she motioned for him to lead on as if he was a tour guide. Resisting the urge to explain to her how many ways he could kill a man—or woman—Tallis gritted his teeth and turned. Without bothering to look back, he stalked across the foyer and down a corridor, making several turns until he came to the break room.
He had no interest in enmeshing himself in whatever drama this human had cooked up. The sooner he could be rid of her, the better he’d feel. 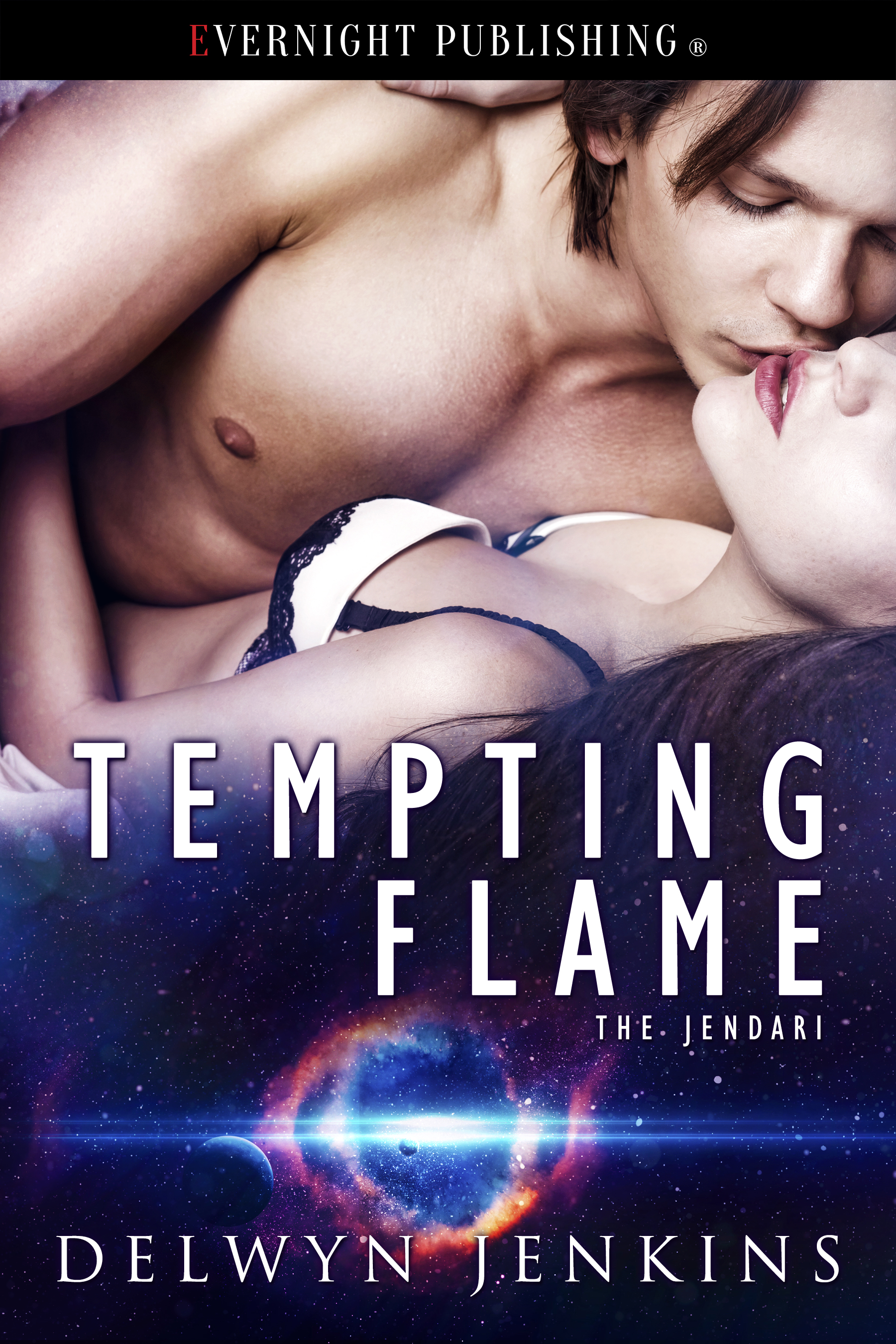 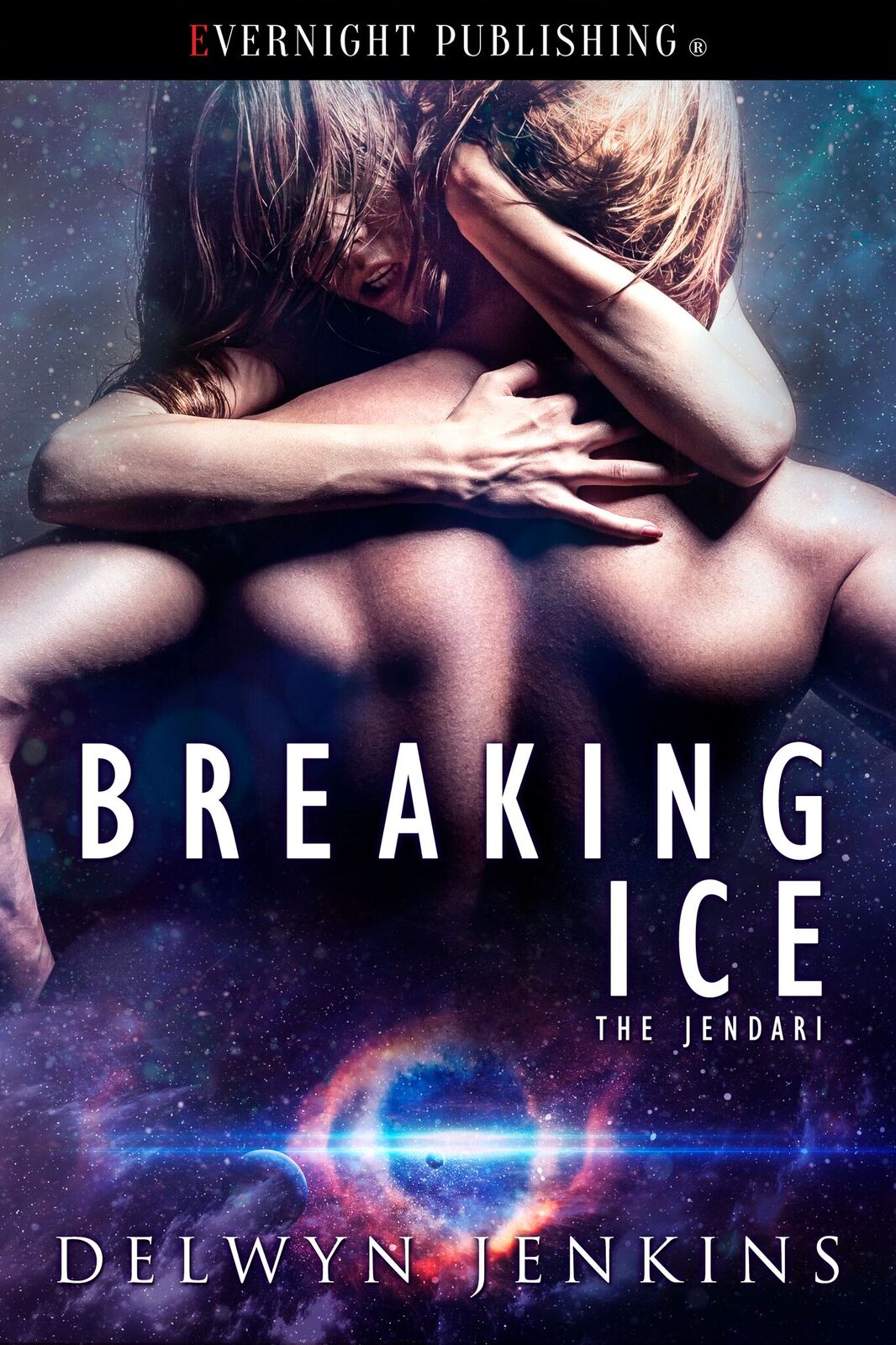